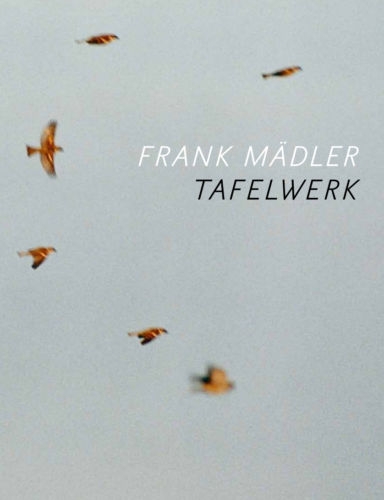 For many years now Frank Mädler has pursued an image-finding concept aimed at discovering – in the reality beyond the image – that which is sufficiently impressive, wondrous or aesthetic to assert its own reality as a photograph in its own right. Frank Mädler. Tafelwerk features for the first time a comprehensive insight into the work created between 1996 and 2016 by the photographer born in 1963, a graduate of the Academy of Visual Arts Leipzig and a former master student of Astrid Klein. Frank Mädler’s works are poetic, sensitive explorations of structured photographic compositions. Blurring techniques, motif-abstracting details and the use of colour filters are among the means used to highlight the process by which the photographs are produced, rendering their categorisation as landscapes or still lifes of secondary importance. Instead, the fifteen groups of works selected for the publication are invitations to reflect on what constitutes a photographic image.